Welcome to my photography site.  I am a biochemist by training and a consultant on pharmaceutical regulatory affairs. I have been involved in photography since the late 1960s.  I made the transition to digital in 2007, having all my older Nikon lenses modified so that they fit my Nikon D300.  I still have the Nikkormat that has served me well over the years, but it’s likely not to get much use going forward. I’m working on a long term project, chronicling the seasons in Rock Creek Park that starts in upper Montgomery County Maryland and meanders about 18 miles through Washington, DC before emptying into the Potomac River.  Throughout its length there are recreational areas and even a major road that is used at rush hour in Washington to get cars from downtown to the upper reaches of the city and into suburban Maryland.

Since the outbreak of the COVID-19 pandemic I have been doing a daily newsletter that covers various medical advances against this virus and I have archived the newsletters HERE. 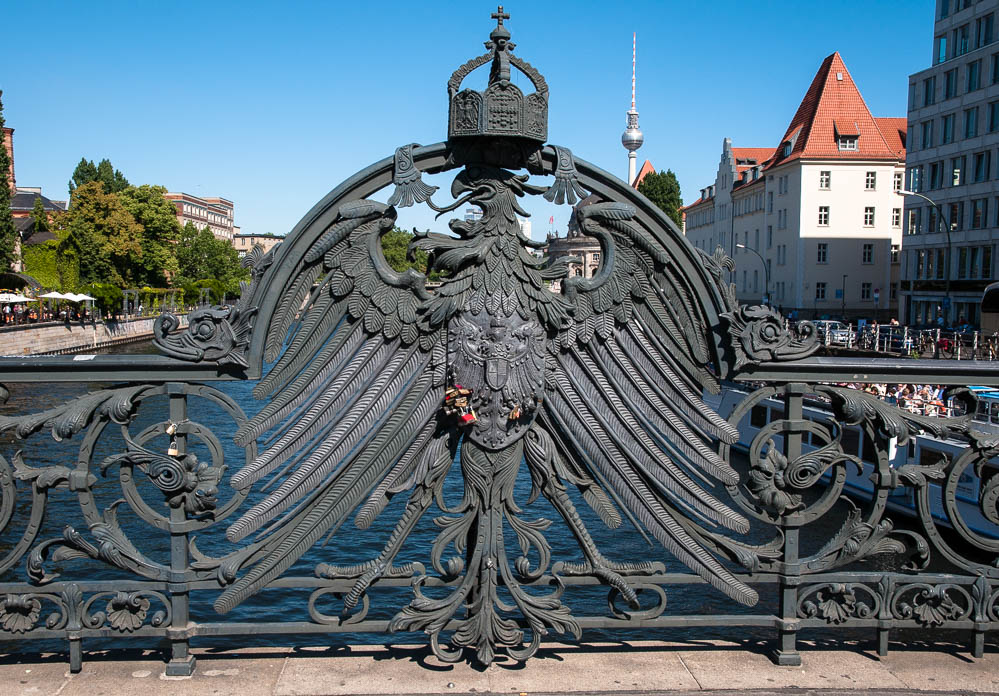 When we were in Berlin a couple of years ago, I saw some padlocks on the Friedrichstrasse Bridge just up the road from our hotel. I couldn't figure out what they stood for as they clearly were not for locking bicycles. The Washington Post has a Letter from Rome article describing the practice of young lovers placing padlocks on bridges as a seal of committment. The practice stems from a book by the Italian author Federico Moccia, "Ho Voglia di Te" (I Want You) and it has moved beyond bridges in Italy to other European cities. I suppose this is a far better outcome than was observed in 1787 with the publication of Goethe's "The Sorrows of Young Werther."

2014 Update: The New York Times has a nice Paris Journal article on locks on bridges in that town.

Pont Neuf Bridge, Paris; May 2015 Prior to Lock Removal

2015 Update: The locks on the bridge at Pont Neuf in Paris had to be removed to preserve its structural integrity. There is a nice article in The New York Times that notes the gross weight of the locks was 45 tons. When we were in Paris this past May it was common to see street vendors selling locks on the bridges even though there was hardly any open space for a new one.

I hope you find these galleries and resources of interest.

Please consider supporting Aardenburg's important research on print permanancy by clicking on the above logo.